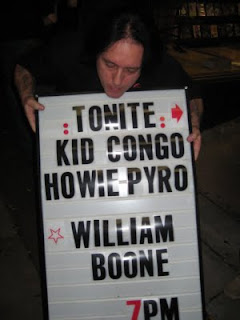 Friday night in NYC Intoxica Radio's Howie Pyro and I will DJ sick wonders,barn burners and wig twisters all night long at Home Sweet Home! It's Jonathan Toubin's Shakin' All Over Under Sideways Down w/DJs Howie Pyro and Kid Congo Powers http:​/​/​www.​myspace.​com/​homesweethomeba​r
Make the scene!
Posted by Kid Congo Powers at Wednesday, July 29, 2009 No comments:

Kid Congo and The Pink Monkey Birds have just confirmed 2 dates In September!

Rare AS the Yeti Party Podcast 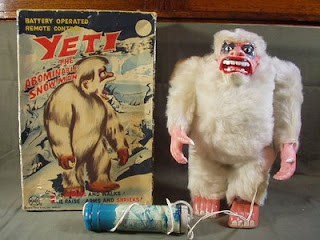 Hi. Here in Washington DC me and my pal Kalani have just started doing a wig wham bam Monday night rockin' DJ party called "Rare as the Yeti" at Local 16 (16th + U streets NW). It's a cuckoo mish mash of freakbeat, Garage, Psychedelic, Soul, 70's Glitter rock, Punk, maybe even funk and whatever other kind of trash we find that makes all our folks happy! You can come and trip the dancefloor, hang out on the roof deck bar, or have some food even! We spin from 10pm to 1am . Here's a podcast of the first week, technical warts and all! Hey, it was the first night! Hope we see you there. Yeti wigs are optional. Local 16 is at 1602 U St NW
Washington, DC 20009
(202) 265-2828
Posted by Kid Congo Powers at Wednesday, July 22, 2009 No comments: 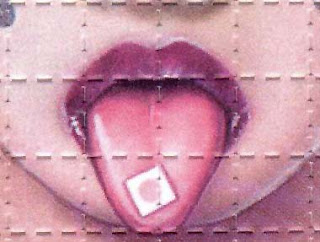 Tonight in Washington DC at Local 16 Kid and Kalani will be playing coolest rock n roll records at "Rare As The Yeti" from 10pm to 1am. Come hang out on the roof deck!
Posted by Kid Congo Powers at Monday, July 20, 2009 No comments: 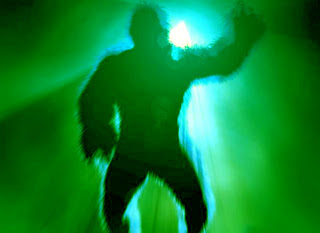 Hey everyone. A flurry of activity and plans to report. First, Tonight Monday July 6 at 10pm I am Dj-ing with my pal Kalani at Local 16 for a new record playing night called "Rare as The Yeti". We will be playing vintage soul, garage, freakbeat, 70's glam, funk and punk till 1am or so. Drop on by this opening night for post 4th of July blues breaking.
The LSDC remix contest at Track and Fields is closed and now The Pink Monkey Birds and I will go into deliberations as to whom will be the winner, whom will be featured on our myspace page and on the b-side on one of a series of 7inch 45's we will be recording in October sometime . Some real cuckoo crazies got ahold of the stems and twisted our wigs! Watch this spot next Monday to hear the winning mix. In the meantime you can listen to the mixes at the Track and Fields website and if you sign up, can cast a vote of your own to influence us!
In the works is a
Kid Congo and The Pink Monkey Birds West Coast US tour in the month of October . Hurrah!
ALSO amidst a gaggle of great reviews for our album "Dracula Boots" on INTHERED, we are booking a return European tour in November/December, which WILL include UK dates!
Video artists Rob Parrish and Paris Bustillos are working on a video for the song "Rare as The Yeti". Coming soon!
Our friend from the Spacy Stardust radio show in Frankfurt posted this video of us at Das Bett playing the old Gun Club classic, Sex Beat! What a gas it was!
Also our pal Acid Marshmallow posted a video of almost our entire in-store performance at Permanent Records in Chicago. This special feature includes special guest Jason Ward, whom recorded and mixed Dracula Boots. He also wailed the organ parts on our version of Thee Midniters "I Found a Peanut" and "la Lllarona" and does so here live. The first 5 minutes or so is our "sound check" but then we take off! It was much fun in the most awesome record store.
More news as it comes. best, KCP
Posted by Kid Congo Powers at Monday, July 06, 2009 1 comment:

LSDC REmix contest ends July 4. Get to it. Listen to the entries so far! Vote for yer fave!