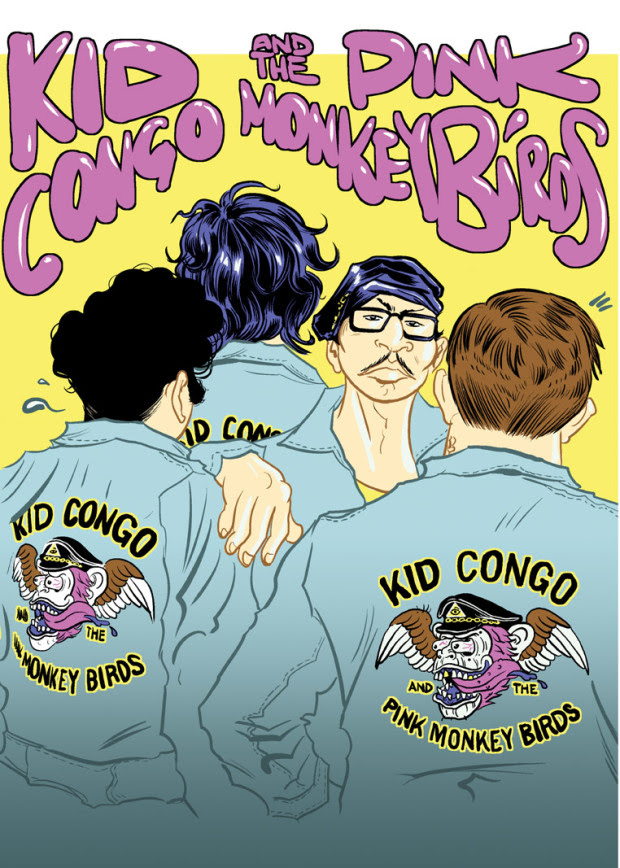 By Fused  · On November 26, 2014
Kid Congo Powers, the Legendary hip slinger guitar stylist, has been a member The Gun Club, The Cramps, and a Bad Seed with Nick Cave. He has pristine rock ‘n’ roll credentials and an impeccable back catalogue stretching over three decades. He’s been in more cool bands than you’ve had hair cuts and now with the Pink Monkey Birds, he’s laying the foundations with lascivious psyched-up perfection.
The Cramps. She Said, 1980.
Recording with The Cramps was my first recording experience ever! The recording was for the Psychedelic Jungle album at A&M Studios in Hollywood, home of Herb Albert and the Tijuana Brass. Although there were many moments to remember, like borrowing Karen Carpenter’s crash symbol for the song ‘Don’t Eat Stuff Off The Sidewalk,’ it’s the cover of wild man Hasil Adkins song, She Said which is seared into my brain.
First off, it has very little structure; other than a chorus which explodes around the world’s craziest monologue. Getting it right is a delicate balance of instinct and wits. We did a take or two but Lux Interior was not satisfied with his vocal performance, so he shoved a Styrofoam cup into his mouth to achieve the perfect Hasil Adkins’ pitch. The song came alive as the band hollered screamed and whistled all the way through it as we played. At one point you can hear (drummer) Nick Knox knocking over a giant standing metal ashtray as it clanged to the studio floor. It was at that moment I became a believer in the notion that magic most certainly does happen in the recording process. The conduit could be as simple as a Styrofoam cup in the mouth. Take note. 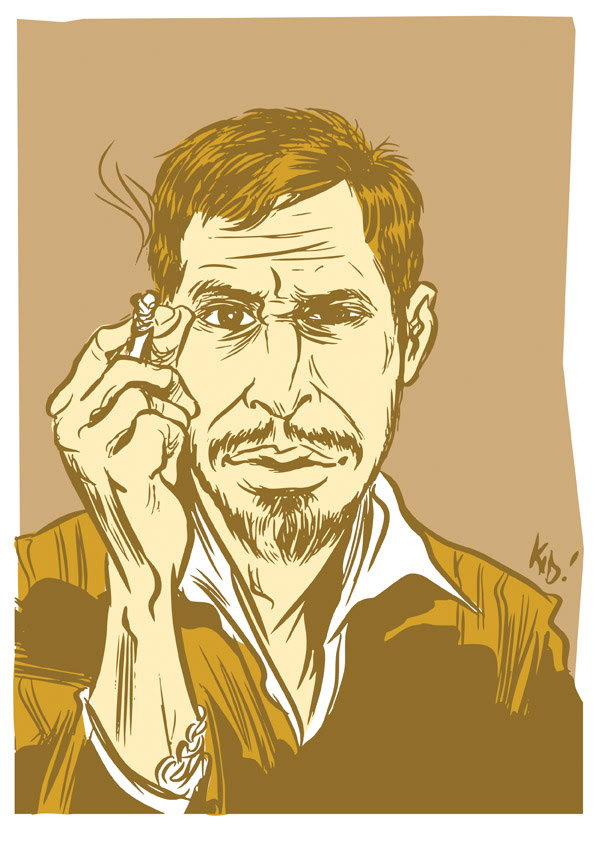 The Gun Club. Walking with the Beast, 1984.
When The Gun Club was recording the Las Vegas Story LP at Ocean Way Studios in Hollywood, the producer, Jeff Eyrich, got us time during the graveyard shift (11pm to 6am in the morning). In the adjacent studio during these hours was Stevie Nicks (Fleetwood Mac). Ry Cooder was in our studio daytimes, I believe recording the Soundtrack to the Wim Wenders’ film ‘Paris Texas’. One day I walk into the recording room and saw Jeffrey Lee Pierce pick up a blue plastic tube from the Cooder pile of junk in a corner, I think percussion instruments. He started swinging it above his head, creating a sound like high-pitched wind. Our friend Phast Phreddie walked in and picked up a green tube then me and Terry Graham picked up the yellow and pink tubes, whirling the whirleys around our heads creating quite the ominous wind storm. It looked like one of those hills with the solar power propellers spinning on them, creating psychedelic sustainable energy. Luckily Jeff Eyrich was in the control room and flipped the switch on the tape recorder. When we recorded the rest of the song Walking With The Beast Jeff said: “Play as loud as you want” so we turned the amps up to 11. Happy accidents reign supreme.
Nick Cave and The Bad Seeds. From Her To Eternity for Wings Of Desire Soundtrack. Late ‘80s.
For me, this was a particularly charged session on many levels. Not only was it one of my first duties as a Bad Seed, it was my first time in the legendary Hansa Tonstudio, snuggled up against the Berlin Wall. Iggy Pop recorded ‘The Idiot’ and ‘Lust For Life’ there. David Bowie recorded ‘Low’ and ‘Heroes’ there. Boney M recorded there! It was a palace full of special magic in my eyes and ears. To top it off, we were to appear, as ourselves, in the Wim Wenders film, ‘Der Himmel über Berlin’ (Wings Of Desire) in the coming days. We were laying down the playback. I love being part of movie magic. Although the song ‘From Her To Eternity’ had been previously recorded, the live version had become a beast of its own. The band at the time was Nick Cave, Mick Harvey, Thomas Wydler, Blixa Bargeld with new members, Roland Wolf and myself. As was par for the course in 1980s Berlin underground, the studio was overflowing with artists, eccentrics, and other musicians having existential speed talks that made your brain want to explode. In this atmosphere we got the track down in no time at all; or was it all night? Anyways, it sounds great in the film. I’m proud to be a part of it all.
Words: David O’Coy
Illustrations: NewTasty
Kid Congo & The Pink Monkey Birds album ‘Haunted Head’ is out now.http://www.fusedmagazine.co.uk
Posted by Kid Congo Powers at Friday, August 07, 2015